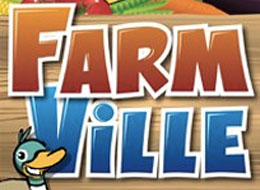 Oh dear — looks like it’s time to add FarmVille to the list of internet addiction scares after a 12-year-old UK boy has amassed £905 in FarmVille debt. About £288 of that came from the boy’s own savings, while £625 was billed to his horrified mother’s credit card.

The debt — which is equivalent to about $1400 USD — was racked up in all of about two weeks’ worth of gameplay. In the popular casual Facebook game, players can spend real money to accrue virtual currency and items. It’s a business that’s booming enough to garner the game’s developer Zynga an estimated valuation as high as $5 billion.

Neither Zynga or the mother’s credit card company HSBC responded positively to requests for refunds; the latter indicated only a criminal proceeding could trigger eligibility for getting the funds reinstated. A spokeswoman for HSBC indicated that had the expenditures been on a gambling site the escalating transactions would have raised warning flags, but since the purchases were technically Facebook Credits, they didn’t warrant suspicion.

What do you think: is FarmVille destined to replace World of Warcraft as the favorite scapegoat for cable news gaming addiction scare segments?