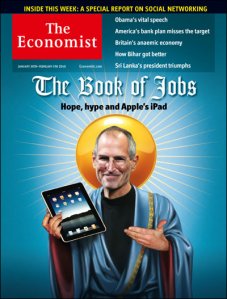 SophosLabs: Steve Jobs has now done what many of us thought would happen sooner or later – stepped off the very prestigious CEO plinth, taking a less taxing role as chairman of the Apple board. The new CEO will be Jobs' right-hand man Tim Cook.

Despite Jobs having been on medical leave since January this year, the markets were all a tumble once the news of his resignation hit the markets, with Apple share prices dipping at one point by 5%.

No one can dispute that Apple has a following that many companies can only dream of.

Remember when UK neuroscientists showed that when Apple fans were shown the company's iconic imagery, their brain lit up like Jesus fans shown religious depictions?

I suspect if Apple could bottle that, they could make billions. Oh, wait a minute, they've done that already, recently reporting more cash in the bank than the US government.

Considering the company's and the recently departed CEO's mega-fame, it wouldn't be a surprise if we see some scams on email, Facebook and Twitter using the news of Jobs' handing over the reins to dupe users. So keep your eyes peeled and your tap-happy fingers on check.

Put simply, don't let curiosity bite you in the ass.