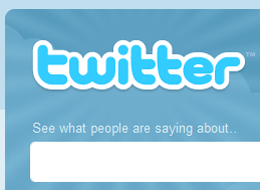 It’s official: Twitter has surpassed 10 billion tweets. While Gigatweet’s counter is down due to over-traffic., you can tell by the actual tweet ID numbers that we have crossed the magical threshold.

The milestone shows that Twitter’s still growing at a rapid pace: it broke 1 billion tweets in November 2008 and 5 billion tweets just four months ago.

We want to also point out that the 10 billionth tweet doesn’t necessarily correlate to the actual 10 billionth tweet — tweet IDs have been tweaked several times due to technical issues. Still, it’s close enough, so now it’s time to look to the future and count down towards 20 billion tweets!